How it all started

It all started at Christmas 2009 when Mark Newton got his first Tramper MkII, having used one in Pemberey Country Park earlier in that year. Within the first few days of having his Tramper a passer by said to him “you could go around Britain on that”, which planted a seed from which he started planning his future Round Britain trip. He considered raising money for his favourite charities whilst travelling around the country, but he decided to go round Wales first as a test, to see how he got on and what he'd need in the way of kit. Spending a few months working on routes and stops, he then set off on the 1st May 2011 spending 52 days on the road, and raising just over £9000 whilst covering 1452 miles. During that time he realised that he'd need something more substantial than a tent, as it was a very, very windy spring!

Home for Mark and the Cats

We suggested Mark use the new 3-wheel TWS Tramper scooter. Mark said he needed a trailer to accommodate himself and his 2 cats. It must be pointed out that it is illegal to tow anything with a Class 3 vehicle on the highway. So we then made him a small teardrop-style caravan and got him to write to every Police Authority whose area he would pass through on his travels, to get permission to tow the trailer. He explained his unusual circumstances to them and got approval directly from the few who bothered to respond! We didn’t expect the caravan to last much over 1 year, yet here it is still going after 3 years! 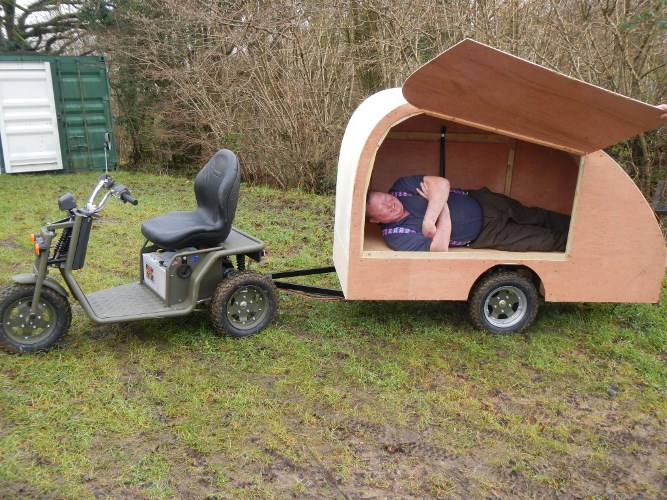 He planned to set off on the 2nd January 2013 from Mumbles lifeboat station, but ended up setting off on the 7th April from Lochgilphead, at the top of the Mull of Kintyre, where he finished as well. He arrived back at the finish on the 23rd November 2014, 596 days later. The trusty Tramper had got him and the cats all the way round! 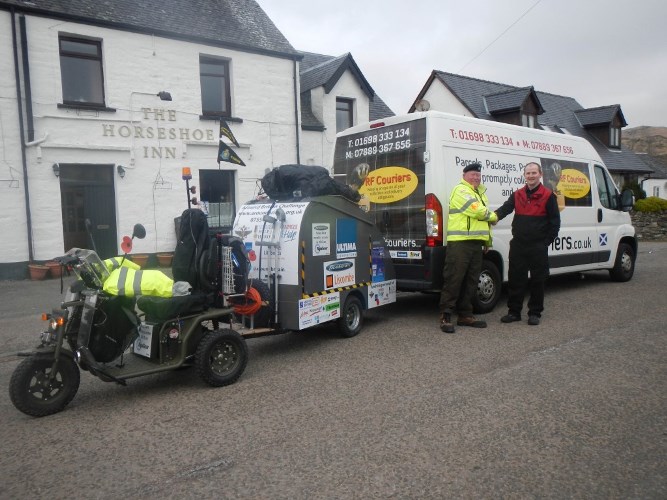 Mark says his trip went without incident except for some cash stolen at one point. “I have been delighted by the reliability of the scooter, with kind supporters allowing me to recharge my batteries each night along the way. I have owned Trampers for the past 6 years and they always amaze me how they will happily traverse all kinds of terrain. I have logged around 500 miles of hills on the trip, used 4 walking sticks and taken over 600,000 photographs” 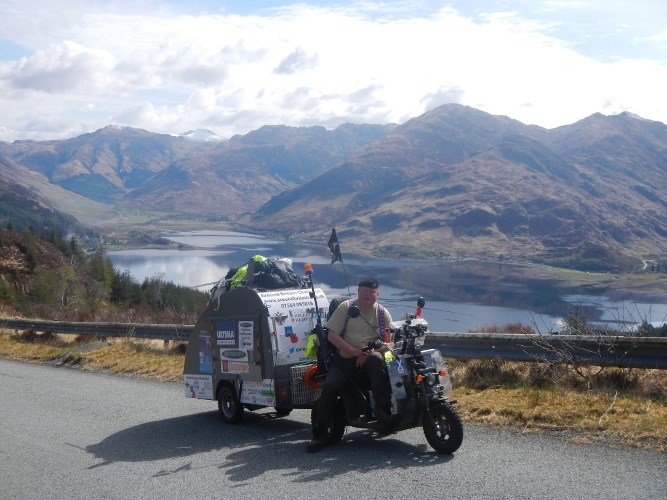 Some statistics from his world-beating jaunt:

• Distance covered: 12,186 miles (at least that, as his GPS failed quite a lot). • Hills climbed: 450+ (vertical equivalent). • More than £44,000 funds raised (including Gift aid). • One set of tyres. • 4 walking sticks. • 3 pairs of boots. • More than a dozen ferry crossings, including one to Lundy. • Still the original batteries. • More than one million pictures taken. • More than three hundred videos 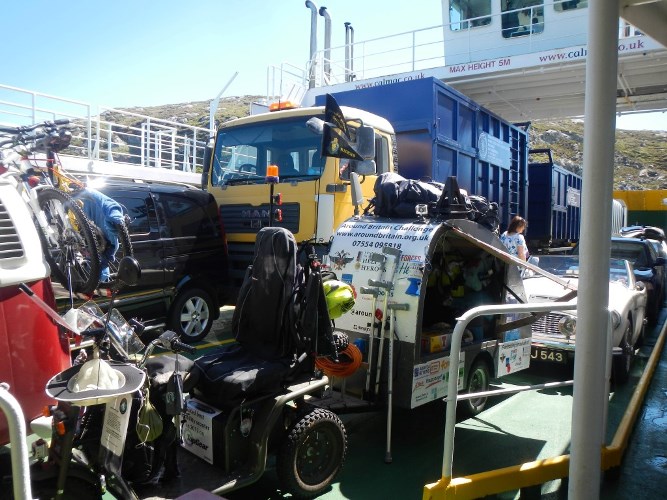 “When I set off I wanted this to be a World Record attempt, which has now been ratified by the Guinness World Records organisation as the ‘Longest Journey on an Electric Mobility Vehicle’”. The trip itself was a major adventure, as far as I know no one else has attempted something on this scale, plenty of people have walked, cycled, driven and sailed around Great Britain but no one had attempted it on an Electrically Powered Vehicle (EPV), I'm told this is the new name for mobility scooters, with two cats as well”.

Notable incidents on the way included:

• Money stolen from the collection bucket in Portsmouth. • The scooter was vandalised in Durness, Scotland. • Mark had to sit out storm surge on the 5th/6th December 2013 in the trailer, where the winds were blowing up to and above 80mph at times! • Mark was mistaken for a council cleaning vehicle quite a few times. Just after the storm surge a lady stopped me and demanded to know if I was going clear her road! • Mark was reported to the police as being on a stolen golf buggy. 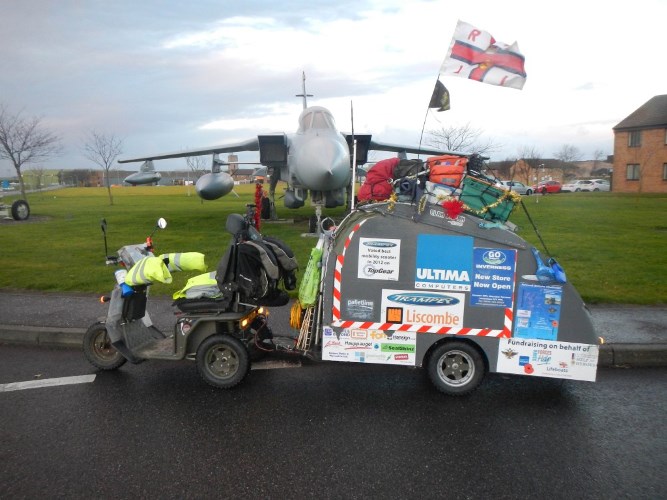 “At the start of the trip there were a few niggles, leaks in the trailer, having a puncture whilst the trailer and the spare wheel were at my stop, water getting where it shouldn't on very, very wet days. I learnt very quickly to have the spare wheel on the scooter itself! Once the niggles were all sorted out life settled down into a routine, and the scooter and the trailer took almost everything in its stride. There was the odd time I had to hobble beside the rig when the hills were very steep, if I remember rightly 33% was the steepest I came across. Then there was the opposite – the flatness of Lincolnshire, in a strange way boring as there were no hills to challenge me or to get a good view from, though there were also days when I wish I was back there! 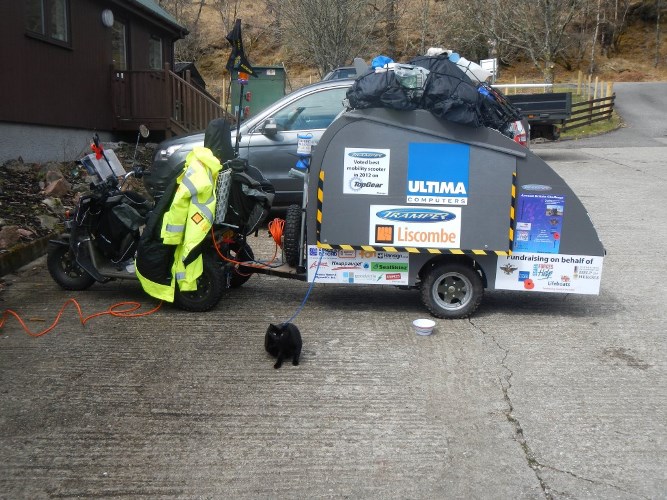 I have a number of videos from the trip, virtually all are a timelapse of my journey, I take a picture every 5 seconds and then create a movie out of these so instead of a five hour slow journey you have a five minute formula one journey! I also have a lot of photos taken as I go, these are still being added to my website so always worth checking back. 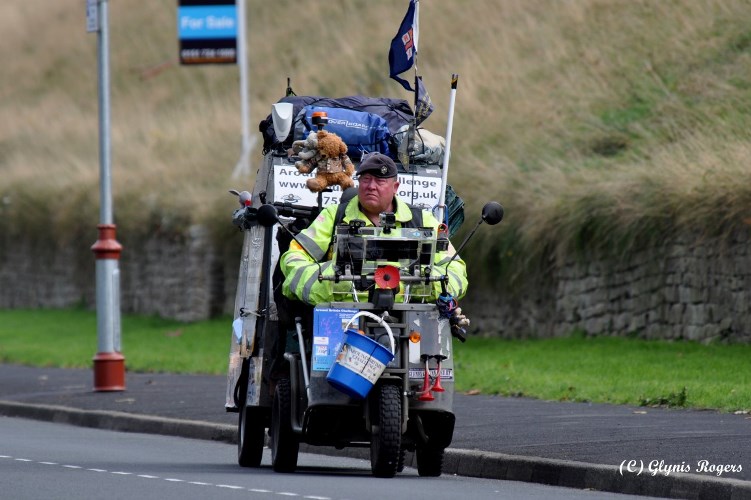 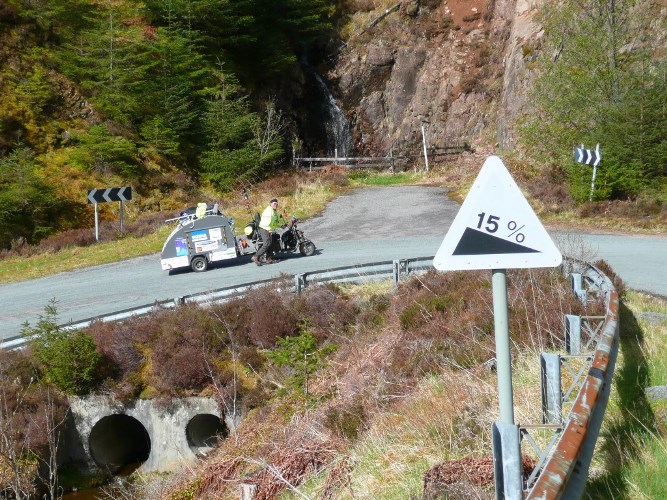 Have I finished, No. I set off again on the 2nd January 2015, headed for Wiltshire and Tramper HQ, for a service. This next project is logging War Graves, Memorials, Lifeboat Graves and Memorials in Great Britain of which there are more than 350,000” The journey continues on my beast of burden” Mark, Smudge and Missy 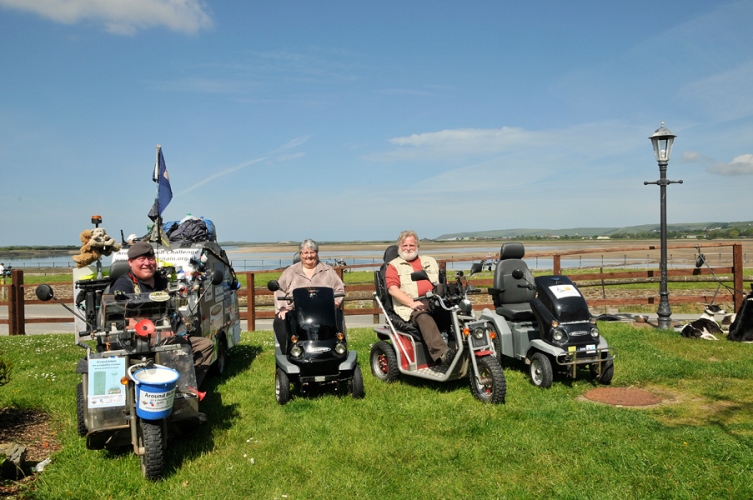 The Certificate has finally arrived 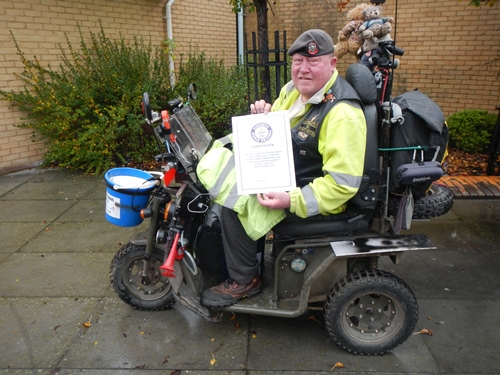 Sad to say that in January Mark's faithful friend Smudge passed away, what "tails" he will have to tell when he gets to the Pearly Gates. So with Missy and Mark are out together photographing and logging war graves and memorials.

Mark is now in Gloucester and has raised almost £74000 and travelled nearly 30,000 miles and counting still logging the war graves of all the military WWI onwards.

To have your local agent call you and help you out in any way possible, please fill in the form below. Otherwise please feel free to e-mail us atsarah@tramper.co.uk

This information will be used for internal use only and under no circumstances will be passed to third-parties. Also feel free to read our local agents ethics  standards.

This information is confidential.

This information is confidential.

your local agent has been notified and will be contacting you shortly from  . A copy of the email notifying them has also been sent to you.